In the eight grade, I had to interview my grandfather with a list of questions given to me by my teacher. I then had to compare them with myself for some ultimate lesson I've failed to remembered. I love my grandfather, but that project made me realize he is a bit of an old fuck. When he wasn't bragging about all the farm work he did or how he built his log cabin workshop, he was droning on and on about how "kids these days" are lazier, namely how they play video games all day. I think he is just pissed off I beat him Wii bowling.

What was the point of that? Well two main reasons. One, I like writing intros. I mean, you have to admit, that intro will tie in nicely with the rest of this blog. You are probably reading this sentence, but still thinking about that introduction and wondering where I'm going with this. Maybe you are laughing, or at least smiling. And you are resting your head on your hand.

Secondly, that experience made me vow never to become like him, in the sense that I complain about today's youth. It wasn't until around a month ago that I remembered all of this and realized I've failed. So without further adieu, the top 5 things I hate about kids these days.

5. Weird Ass Things To Get Drunk/High
Sorry for the crude title, but that is the only way I could efficiently describe how I feel about this. My little sister recently came home with a note from the school. Apparently kids have been drinking hand sanitizer to get drunk. I mean, what the fuck. And this isn't even the worse. I've seen news and commercials about the choking game, inhaling some crap that comes out of air conditioner hoses, and my favorite, raw sewage inhaled out of bag, commonly called BUTT HASH. Not sure how popular any of these things actually are, but if one kid does it, then I hate all of them for it.

4. Stupid Clothing
Honestly, this is the major reason why I hated the majority of people I went to high school with. Well, not really. They were all douches. But this is a close second. So what attire did I find unbearable? A bullet-ed list for your viewing pleasure.3. General "No Fucks Given"
I'll admit, this one makes me sound like a boring prick. I'm not so much against this type of behavior, just when it leads to whoever doing stupid crap that we all have to deal with later. Two major instances of this happened to me when I was younger. Some kid threw a rock at a school window and we had to sit in assign seats at lunch. I hated that kid for the rest of my school career. Secondly, some kid in high school shat in a Pringles can and offered it to the bus driver. In hind sight, it was hilarious, but he became the bus Nazi and made me hate not driving for the rest of the year.

2. Taste In Music
Mainly, stupid rap songs, hip hop shit, and Disney douches. Apparently the new big boy band is One Direction. After seeing this picture, I promised to hate them forever. 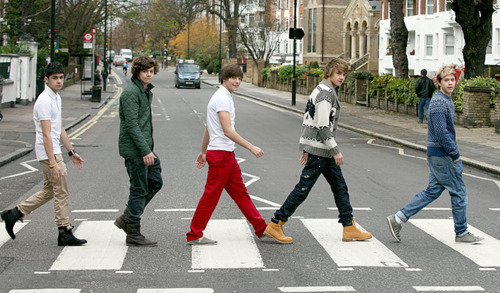 1. Facebook Habits
Sign in to Facebook. Look at the people you only add to boost your own friend count/because they requested you. Look at their statuses. Shoot yourself.

So maybe I'm a boring, irritable person. At least I can look back when I'm 80 and proudly tell my grandchildren I've never stooped as low as to wear sandals and socks and listen to Lil Wayne. My dignity remains intact.

...or at least smiling. And you are resting your head on your hand.

How did you know?!

I let myself get trolled into clicking the link. I then listened to the song as background music for the rest of the entry when I was reading. It went quite well with it.

5. Never heard of any of this, but I was a sheltered child. Drinking hand sanitizer? The hell?
4. Shorts + sweatshirts. Long-sleeved shirts don't really bother me, but the sweatshirts do. Though I've been guilty myself a time or two.

shat in a Pringles can and offered it to the bus driver.

Just lol... Would have liked to see the reaction.

I let myself get trolled into clicking the link. I then listened to the song as background music for the rest of the entry when I was reading. It went quite well with it.

Now that you mention it, yes, it does. I'm kind of mad that banner didn't work though. It had a button that directed you to that website and it was all flashy and glittery. It worked for like 3 minutes then the link broke.