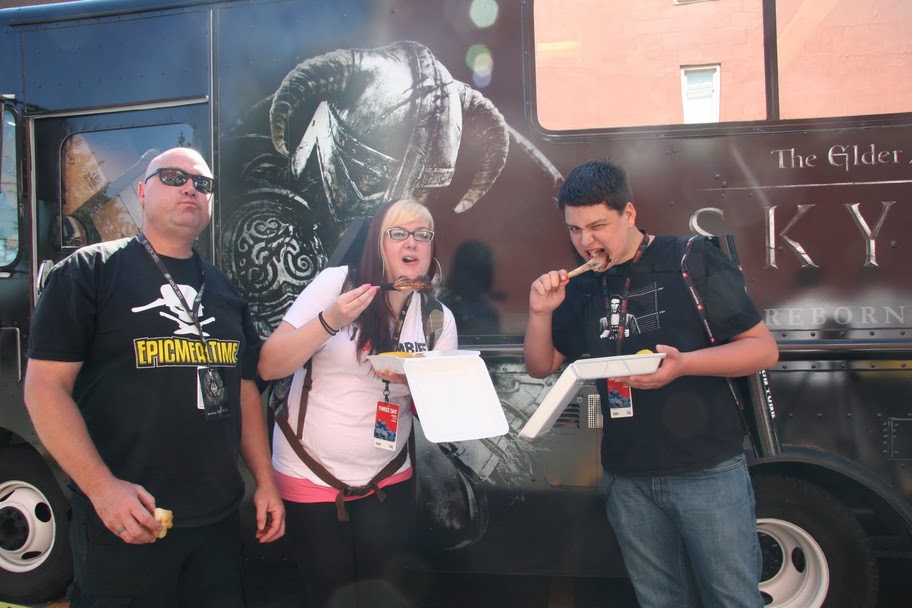 Similar to our Skyrim tour in 2011, we’re once again working with Future US (the folks behind PC Gamer, GamesRadar.com, and Official Xbox Magazine), to bring Elder Scrolls eats to popular gaming events and universities across the country – including PAX, E3, San Diego Comic-Con, and fine universities like UCLA and UMASS.

The tour all starts on March 10th, when the truck will make an appearance at Austin’s SXSW 2013 festival and feature special guest Malukah — renown for her amazing Skyrim performances.

If you can’t make it to Austin, check out the other truck stops below…

Back to Elder Scrolls Online Discussion