Words of Power: Locations and Information

The Words of Power

Introduction
One of the most prominent additions to the Skyrim experience is the addition of dragon shouts, each one composed of three words of power. While collecting them is completely optional, they provide one with a huge advantage in combat, stealth, and general survival. Besides the obvious perks of collecting these shouts, they are also an intricate part of being Dragonborn, if that means anything to you. When all is said and done, while tracking down and fighting to every word will take you size-able amount of time, having access to these shouts provide you with a distinct advantage in all aspects of your adventure. Getting 20 shouts is also a requirement for a trophy/achievement, if that is your sort of thing. 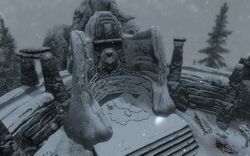 Here is where you'll learn your shouts.


Each shout section will contain a short description on the shout, where you can find each word, and my opinion on each. Although the words are numbered in this guide, you can discover them in any order. There are some cases where this isn't possible though, such as with Unrelenting Force. Lastly, most Words of Power are guarded by a dragon, dragon priest, an assortment of dreugh, or some other monster. That being said, saving before approaching each Word Wall is recommended.

Acquired Through The Main Quest
The following are examples of shouts that are given to you at various stages during Skyrim's main quest. Don't worry about tracking them down, you just have to complete the main questline!

Unrelenting Force
Turns your shout into a poweful force that staggers or knocks back your opponent. Each word adds to its knocking back potential.Opinion – One of the few shouts you are forced to acquire. Also, one of the few shouts I really can't live without. With a full powered Unrelenting Force, you can stagger dragons, send most NPC's flying backward, and escape death by blowing your attacker backwards.

Clear Skies
Your shout forces all bad weather to cease, causing either a sunny day or a still, quiet night. Must shout all three words to achieve this affect.Opinion – You'll get the full set during the main quest. Fun little shout, but only seriously used for getting to the Throat of the World. Could be used to improve your view of the landscape.

Dragonrend-your shout introduces mortality to a dragon, forcing it to land. Must shout all three words to achieve this affect.Opinion – Another one you'll be forced to learn and use. Very useful for dragon killing if you aren't the magic or archery type.

Call Dragon
Your shout summons a dragon to help you fight. Must shout all three words to summon him.Opinion – Nothing cooler than summoning a dragon to lend you a hand. Sticks around until it gets weakened enough.

Call of Valor
Your shouts calls a hero from Sovengarde to aid you in a fight. Must use all three words to summon the hero.Opinion – Any ally is a good ally. The hero will use shouts, which can prove to be very useful. Doesn't last long though, so the practicality of this is debatable.

Independently Acquired
The following shouts are not obtained during the main questline, and therefore require independent adventuring on your part. Note that some of them are associated with their own individual quests.

Whirlwind Sprint
Your shout makes you sprint forward suddenly and quickly. Each word adds to the distance traveled.Opinion – Not entirely useful, but still one of my favorites. Useful for getting out of inclosed areas if you are stuck, escaping a fight, general traveling, and "gliding" over gaps.

Become Etheral
Your shout turns you invincible, unable to take or do damage. Each added word adds to the length of immortality.Opinion – The only real sure fire way of getting out of a guranteed death. Not a huge fan of the shout, but I can't deny that it is potentially a life saver.

Ice Form
Your shout freezes the target, immobilizing them and doing a small amount of frost damage per second. Each word adds to the duration of being frozen.Opinion - Not a fan of this shout. Although it is good at immobilizing targets without sending them flying backwards, it only works on small targets. Opponents unfreeze when you hit them with an attack afterwards, so this shout is useful when surrounded and need to get rid of some of the pressure.

Kyne’s Peace
Your shout calms aggressive animals for a short period of time. Each word adds to the amount of pain the animal will put up with.Opinion – Kind of a useful shout. Doesn't work on Frost Trolls or Mammoths, the only animals I might want to calm down. Potential use when it comes to bears or sabre cats though.

Aura Whisper
Your shout is a whisper that shows the location of all NPC's; living, undead, machines, and daedra. Each word adds to the duration.Opinion – Contrary to it's name, NPC's will still hear you if you use it while they are near bye. Still more useful than Detect Life. Find myself using it all the time.

Unrelated, but you deserve a nice distraction from all this text.

.Your shout calls nearbye animals to your aid. Each word adds to the lenght of time the animals obey you.Opinion – Very useless. Potentially useful for turning a mammoth against their giants, but most of the time, you'll just summon a couple of deer, which will be slayed quickly.

Fire Breath
Your shout is fire, dealing both immediate and after-burn fire damage. Each word makes the shout stronger.Opinion – While only doing 90 damage at full power, good against opponents weak to fire, such as vampires, frost trolls, or frost dragons. Not the best fire spell, but if you aren't a magic character, not bad to add to your arsenal.

Frost Breath
Your shout sends a blast of cold air at your opponent. Each word adds to the intensity of the freeze.Opinion – Less useful than Fire Breath as less things in Skyrim are weak to Frost. Still a keeper against fire dragons.

Dismay
Weaker enemies will be sent running away at this shout. Each word raises the level of opponents that will be affected by this shout.Opinion – Don't see the purpose of scaring off weak enemies. Even at full power, it is useless.

Elemental Fury
Your shout allows you to attack at an impressive speed. Each word adds to the duration of this effect.Opinion – Definitely one of my favorite shouts. Dual wielding is very deadly when using this shout.

Throw Voice
Your shout is a whisper that fools the enemy into thinking you are somewhere else. Added words decrease the recharge time of this shout.Opinion – Made for the sneaking player in mind. I find whispering insults hilarious, but I find myself just sneaking normally. Also, the same effect can be achieved by shooting an arrow at a distant wall. Still, the 5 second cool down time for a full powered Throw Voice is really cool. 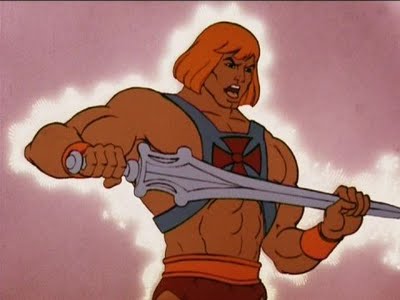 
Disarm
Your shout rips the weapon from your enemies' hand. Added words increase the level the shout will affect.Opinion – Full powered Disarm affects level 30 and below. Potentially useful, but you may find yourself just ripping through anything that low.

Slow Time
Your shout slows down time, allowing you to dodge and deliver attacks more effectively. Each word slows down time even more.Opinion – Another must have. Great for rushing unsuspecting enemies and ko-ing them before they have a chance to respond.

Storm Call
Your shout calls forth a lighting storm to strike at all nearby people. Each word increases the power and duration of the storm.Opinion – Very fun and powerful shout to use. Very effective against dragons as you can just shout and hide. A word of caution though, lighting strikes everything it can hit, so only use when you are certain there aren't friendly NPC's around.

Map? Map.
Probably could have included this and nothing else, but here we are anyway. Well, there you have it. All 60 Words of Power and where to find them. While not necessary, I always feel kind of obligated to track down every shout and use it when I can. Whether you are collecting them to as a true Dragonborn, only getting the useful ones, or just getting the achievement, I hope this guide aids you in tracking them all down.

So instead of deleting a spam post on the original thread, I accidentally deleted the entire topic and didn't realize it until today when the back-up was permanently deleted by an automatic task.

Spent an hour figuring out what happened and re-linking this to the article (that was fortunately not deleted). The 19 comments are unrecoverable, though.

I actually did the same thing with a few of the better Skyrim Question threads, which weren't so lucky as to have an unrelated back-up. :

Hey just wanted to throw this out there that you dont have the drain vitality shouts listed. Arcwind point is one of them.