This week of course there weren't many important gaming releases. However, there is plenty of industry news to discuss due to E3 (the Electronic Entertainment Expo) having been held from the 11th to 13th. 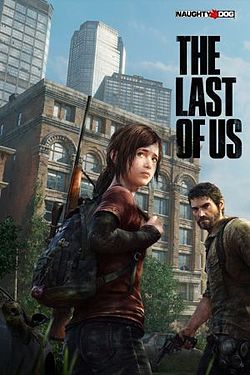 The Last of Us

Platform/s: Playstation 3
Release Date/s: Its to be released in Japan on June 20th but it was released everywhere else on the 14th.

The Last of Us is basically the only game to come out this week that is really worthy of mention, however its managed to still stand out and cause discussion among gamers even with all the distractions of E3 which is a really admirable feat.

The game follows the protagonist Joel, as he tries to survive the post-apocalyptic world caused by a fungi/plant-like parasite that mutates human hosts into rabid killers.

The game has received enormous praise and has an extraordinary score of 94.58% on game rankings.

There's been so much news and drama in the gaming industry particularly centered around Sony and Microsoft's next generation of consoles... Where to begin?

So as you probably have already heard even, if you haven't heard anything about E3, is that when the Xbox One was revealed Microsoft outraged gamers when it was revealed that the console would be required to connect to the internet at least once every 24 hours otherwise gaming would not be possible. They also stated that is would have very limited support for used games (in essence if you tried to use a game disc on another's Xbox, you would have to repurchase the game).

Strangely, it was only later that Microsoft revealed that they were leaving the decision regarding the lack of support for used games up to each individual developer. On top of that the Xbox One isn't backwards compatible, and although achievements will be transferred even games that were downloaded to the Xbox 360 won't be playable on the Xbox One.

Their press conference was rather poorly received, and consisted of several awkward pauses where an applause was expected; when there was applause it was usually half-hearted or polite clapping rather than excitement. Compared to conferences by other companies there were very few games shown.

They announced a new model of the Xbox 360 which is made to look like the Xbox One, which is an odd move considering you would hope they would be more focused on the upcoming release of the Xbox One at this point, and besides the look of the Xbox One was yet another thing that people criticized.

They also announced that as of July 1st, people who still have an Xbox Live gold subscription will be able to download two free games per month, including Assassins Creed 2, and Halo 3.

When the PS3 released, Sony was over-confident due to their success with the PS2, and as a result made several mistakes, and I feel like Microsoft is now in the same position and making many of the same mistakes. For example, just like the PS3 was, the Xbox One is significantly more expensive than its competitors. The PlayStation 3 also suffered because Sony continued to give the PlayStation 2 too much continued support, and Microsoft seems to be doing the same with the Xbox 360. That said as a consumer obviously I would like my existing console to be useful but at a certain point they need to stop supporting past products in order to improve the future of the console.

Microsoft put themselves in a position where they could be absolutely humiliated by Sony, and Sony took every opportunity to do just that.

They showed lots of amazing games, far more than Microsoft at the very least, and the crowd was genuinely excited about them. They showed the return of classic titles such as Kingdom Hearts 3 and Final Fantasy 15 to the crowds delight, and also showed several games that weren't necessarily exclusive to Sony but had additional bonuses exclusive to Sony Consoles.

They also revealed that several of the games that they showed at E3 would be available at no extra charge to PlayStation Plus subscribers.

To top that off they announced that an online connection was optional, they supported used games as usual (even deliberately poking fun at the Xbox one by posting this video on their youtube channel) and that it will be $100 cheaper at the price of £349 UK, 399 Euro and US $399. All of these things caused massive cheers from the audience and resulted in a sky rocket in Sony stock prices and a crash in Microsoft stock.

Despite claiming that they support used games as normal, they stated sometime after E3 that they actually have essentially the same DRM policy as Microsoft. As third party games they are leaving it up to individual developers. As disappointing as this is, at least they marketed themselves better and showed that they understand gamers are not going to be happy with these DRM issues rather than Microsoft who seemed to advertise it as a feature of the Xbox One.

So in summary it seems that the only difference now between the two consoles is price, the online check-in, and exclusive titles and the Playstation 4 seems to be better in those aspects but I suppose only time will tell, and its usually not a good idea to get consoles immediately anyway.

There are far more title announcements that came out this week but it would be impossible for me to cover them all so I'll leave you with this imageof a spreadsheet of all of this years E3 titles and what consoles they will be on and you guys can look up what your interested in that way.

See you next week!
Not a member? Sign up!