Well, you are reading my About Me page, so you must be a little bit interested in me. Or maybe you got here on accident. Either way, here is a little about me.

My name is Blake. I live in Raleigh, North Carolina. I go to NC State where I'm majoring in Criminology. Guess my dream job would be a detective without all of the years as being a cop or maybe a private investigator. Or Batman. Probably just Batman would be fine with me. I'm half Hispanic, and thus I'm too sexy for my own good. I have three sisters, I love cats, and I love soccer.

Been with Elder Souls since the beginning, and even before that. Been working with/alongside/against David since 2009. Pretty sure I'm the closest thing David has to a best friend. Well, that probably isn't true, but I love David. I'll be playing as a Khajiit in the Aldemeri Dominion. It is a little known fact that Khajiits are the master race. Might go Nightblade, but my build is a bit of a mystery to myself at the moment. As long as I'm a Khajiit though, I can not fail.

I only play computer games nowadays. Not a lot of time for console gaming what with school and all of that. I'm currently playing Rift and League of Legends, though I like to play Team Fortress 2 and Garry's Mod on occasion. I'm a huge fan of the Phoenix Wright and Professor Layton series and is the only reason I'm considering maybe possibly getting a DS. It won't happen, but I like to entertain the though. Also a huge fan of Tell Tale games. Think they have pretty much mastered story telling. Currently playing Wolf Among Us and Walking Dead Season 2 and enjoying every minute of it.

I also love Sheryl Crow and think she is the greatest person on Earth. 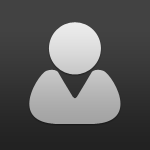