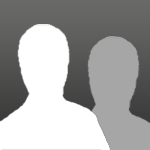 Who are we?
We are “The Daggerfall Authority” (TDA), a community that has been built on the foundation of friendship, loyalty and teamwork, aiming to be successful in the PvE, PvP, Crafting, Exploration, Leveling and RP aspects of Elder Scrolls Online. TDA has both an EU and NA server based guild and is open to all kinds of players from casual to hardcore players, players new to online gaming to players with a long history in online gaming, players new to the Elder Scroll series to players with experience from ES1:Arena to ES5:Skyrim.
TDA previously was known by the name of the Crimson Blades, which has a couple of founding members, the community is almost 15 years old. Crimson Blades has been active in a wide variety of games including: Age of Empires 2, Command & Conquer series, EverQuest, Guild Wars 1 and 2 and World of Warcraft. Last year we merged with The Exalted and started to build an active community for the upcoming Elder Scrolls Online, most notably through our active forums with theorycrafting, writing our own lore and a lot of discussions about the game.

What are we offering?
• A friendly community, active in every aspect that ESO has to offer.
• A supportive network of like-minded guild members who are dedicated to achieving the very best results.
• Regular PvE, PvP and Crafting group activities organized by our generals and officers.
• The possibility of progression into leadership positions within the guild given hard-work and dedication.

How do you join?
• Fill in the application form here.

There are no posts in this group yet...

0
There are no news articles yet...